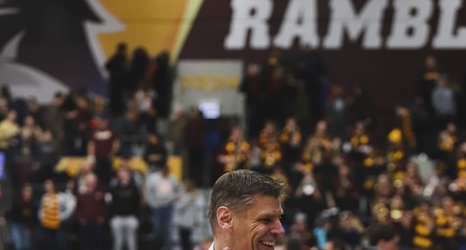 The Loyola men’s basketball program received its first verbal commitment of the class of 2021 after local guard Ben Schwieger announced his intention to play for Loyola July 16 via Twitter.

The 6-foot-6 guard plays for Waubonsie Valley High School in Aurora, Illinois — about an hour southwest of Loyola’s Lakeshore Campus.

Schwieger didn’t immediately respond to multiple requests for comment. Due to NCAA rules, Loyola head coach Porter Moser isn’t able to comment on a recruit until they sign their National Letter of Intent.

At Waubonsie, Schwieger has split his time between playing basketball and volleyball.