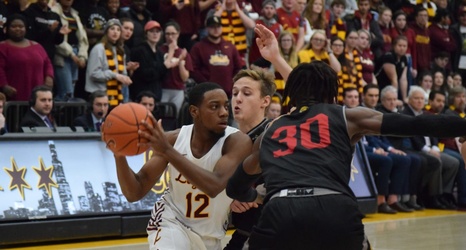 The Ramblers shot more than 50 percent on all fronts — 61.4 percent overall, 65.3 percent from the three and 91.7 percent from the free throw line. They were led by junior guard Lucas Williamson, who tallied 22 points.