Beloved Sister Jean gets new bobblehead as Loyola-Chicago marches on 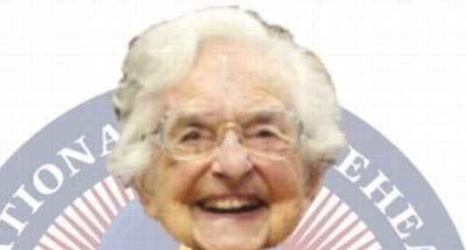 Sister Jean is getting her own bobblehead -- again.

The 98-year-old chaplain of the Loyola-Chicago basketball team, whose full name is Jean Dolores Schmidt, has taken the world by storm as the Ramblers have made their way to the Elite Eight of the NCAA tournament.

On Friday, the school announced a preorder for Sister Jean bobbleheads. They will be made by the National Bobblehead Hall of Fame, which has made approximately 500 bobbleheads in the past three years.

"We saw they were interested in making them again, and we were able to make a deal in the last day and half," said Phil Sklar, CEO of the Bobblehead Hall of Fame.