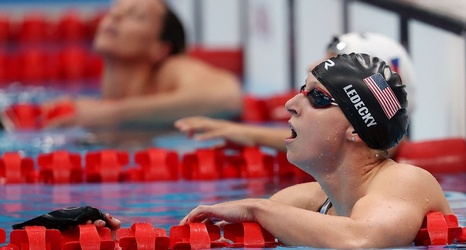 In fact, Ledecky didn't even win a medal -- the first time that's ever happened to her at the Olympics.

The Terminator gave the Australian women their third individual swimming gold of these games with a victory in the 200-meter freestyle Wednesday.

Titmus set an Olympic record of 1 minute, 53.50 seconds to make it 2-for-2 against the American star, following up a thrilling victory in the 400 free.

In the longer race, Titmus conserved her energy over the first half of the race, then rallied to pass Ledecky with the second-fastest performance in history.