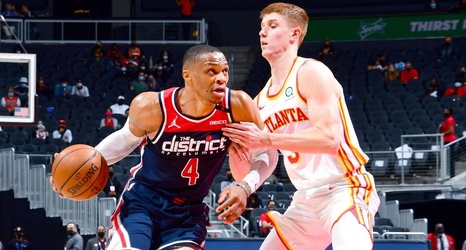 Russell Westbrook made history on Monday with 8:30 remaining in the fourth quarter against the Atlanta Hawks when he collected his 182nd triple-double and broke Oscar Robertson's record for most career triple-doubles.

Westbrook became the first man other than Robertson to own the record since 1961-62 when the Wizards point guard grabbed his 10th rebound in the fourth quarter at State Farm Arena. That gave him 21 points, 15 assists and 10 rebounds at the time.

Westbrook tied Robertson on Saturday when he had 33 points, 19 rebounds and 15 assists in an overtime win over the Indiana Pacers.