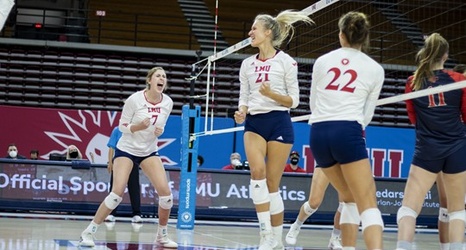 The LMU frontcourt celebrates after scoring against St. Mary's. The Lions split their two games against the Gaels over the weekend.

After an uncharacteristically long hiatus, the LMU volleyball team returned to play last week for a pair of matches against the Gaels of Saint Mary’s College. The Lions defeated their northern opponent in the first match by a score of 3-1 before falling in the second match, 3-2.

A number of things have changed since the Lions last competed in an organized match of volleyball — most noticeably, the makeup of the team.