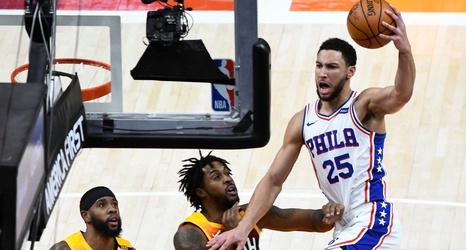 Winston Churchill once said of Russia that, "It is a riddle wrapped in a mystery inside an enigma." If there is an NBA equivalent to that quote, it is Philadelphia 76ers star Ben Simmons.

There might not be a more confounding player in the NBA than Simmons. He has the size and strength of a center, but plays with the speed and passing vision of a point guard. He can run, and can guard all five positions on the court in a way that, arguably, no one else in the league can.

Yet, at the same time, he won't shoot 3-pointers -- or often even mid-range jump shots.