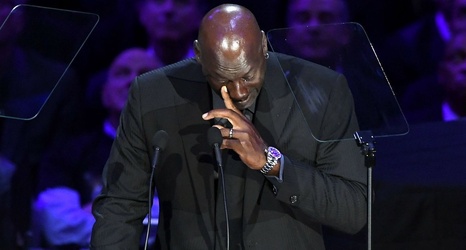 The Naismith Memorial Basketball Hall of Fame announced the list of Hall of Famers scheduled to present the 2020 class of honorees - led by Michael Jordan honoring the late Kobe Bryant.

The connection between Jordan - arguably the greatest player of all-time, and Bryant - the player who did everything he could to emulate his idol - was far deeper than anyone knew, though that only came to light when Jordan gave his heartfelt speech at that memorial service

"At first, it was an aggravation," Jordan said of Bryant constantly peppering him with questions early in his career.