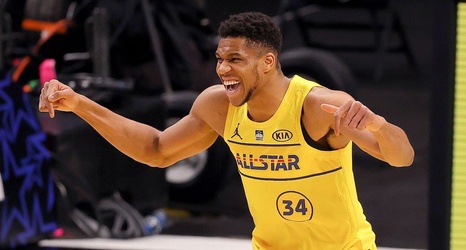 Thanks to a perfect 16-for-16 performance from the field -- including banking in multiple jump shots -- Milwaukee Bucks star Giannis Antetokounmpo won his first NBA All-Star Game Most Valuable Player Award, as Team LeBron cruised to a 170-150 victory over Team Durant on Sunday night in Atlanta.

"You know usually it is closed [on Sundays]," Antetokounmpo said with a smile, when asked about the banked-in jumpers, "but for me, it was open extended hours."

In a game Team LeBron controlled from start to finish, it was Antetokounmpo, who finished with a game-high 35 points, Stephen Curry -- who had 28 points and hit 8 3-pointers -- and Damian Lillard -- who had 32 points and hit the game-sealing 3-pointer -- who led the way.