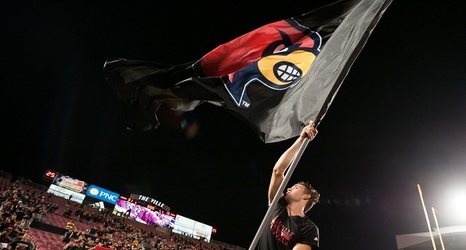 Michael Lattin has taken the seat as the new public address announcer at Cardinal Stadium.

Lattin came to the University of Louisville from WAVE news where he was a television producer. He was selected as the new PA announcer over 50 other potential candidates. Lattin made his first appearance Sept. 12 when the Cardinals hosted Western Kentucky University at Cardinal Stadium.

Lattin looks to make an early impression with the Cardinals. He replaces the longtime U of L PA announcer Sean Moth. Moth served as announcer for the Cardinals for 21 years but opted to resign in August after being furloughed earlier this year to financial restraints put on the university by the COVID-19 pandemic.