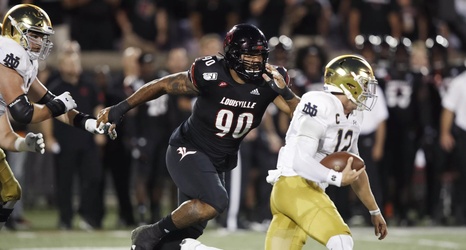 Louisville has landed another Defensive Lineman from Florida with the commitment of RJ Sorensen. Louisville now has four Defensive Linemen in the class and may be set at the position group for the 2021 class. Sorensen is a three star prospect who was previously committed to Nebraska. He also holds offers from Maryland, Kentucky, Colorado, and a few others.

Louisville already has three Defensive Ends in the class so I’m assuming that there is a possibility that Sorensen will play Defensive Tackle when he gets to campus. He’s 6-4/245 and I think he looks much better playing inside than he does rushing outside.