Nominations are open for the 2020-21 CC Least Cool Person 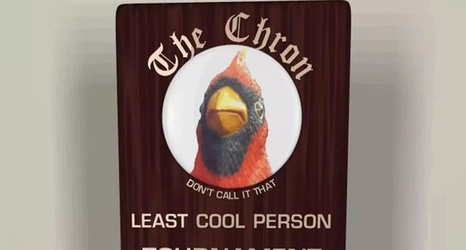 After a one-year hiatus due to an indisputable champion in 2020, the Card Chronicle Least Cool Person Tournament is back.

With the Louisville baseball team not selected for the NCAA tournament, the nomination process can (sadly) begin a bit earlier than it has in most years past. And there are certainly plenty of worthy candidates out there.

For the unfamiliar, here’s the group of chotches this year’s champion will be joining:

We will be having an eight-entity tournament as has been the case in most years past.