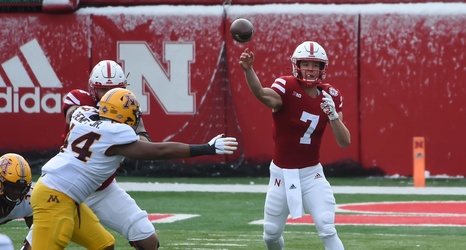 Before ever taking part in an official Cardinal practice, Nebraska transfer quarterback Luke McCaffrey is leaving U of L.

Louisville head coach Scott Satterfield announced the news during a Wednesday morning interview with Drew Deener on 93.9 The Ville, stating that McCaffrey made the decision to leave the team last week and was searching for a place where he could come in and be a starter immediately.

A redshirt freshman in 2020, McCaffrey split time at QB with Adrian Martinez and finished the year with 466 pass yards and a touchdown, but also tossed six interceptions. He added 364 rushing yards and three touchdowns on 65 carries.