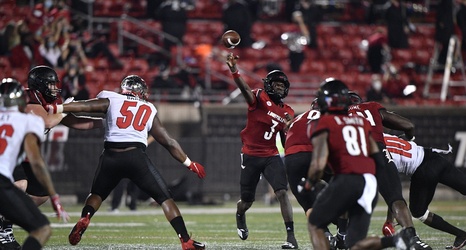 The University of Louisville Cardinals football team defeated the Western Kentucky University Hilltoppers 35-21 at Cardinal Stadium in the first game of the season.

WKU put points on the board first with a rushing touchdown at the Cardinals’ goal line to go up 7-0. U of L struck right back with a pass from junior Micale Cunningham to Ean Pfeifer for a 28-yard touch pass to put the score at 7-7. At the end of the first quarter, Cunningham had completed 6 of his 11 passes and threw for 181 yards. Sophomore wide receiver Braden Smith had two receptions for 111 yards.