Louisville takes down No.9 Vanderbilt in Overtime 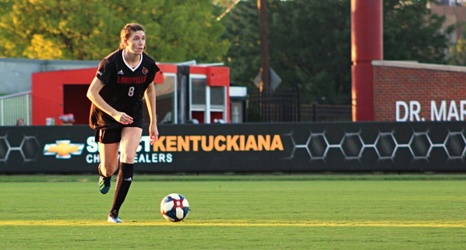 Louisville defeated No. 9 Vanderbilt in overtime with a final score of 1-0 on Sunday night at Lynn Stadium.

This win adds to the Cardinals 7-0 winning streak, marking the longest winning streak in program history. The Commodores endured their first loss of the year and fell to 7-1 this season. This game will mark the Cards’ second ACC win this season.

The penalty kick by Junior Emina Ekic late in the first overtime period gave the Cardinals their game winning shot.

After the initial 45 minutes of activity, Louisville had three shots, while Vanderbilt had two.