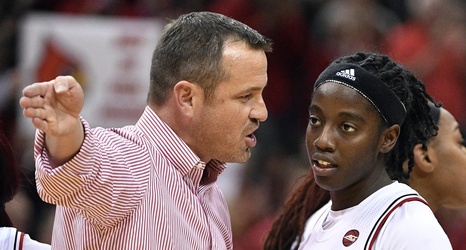 Without checking the stats it seems a conservative estimate to say that Louisville has missed about 245 layups so far this season. So tonight it seemed they came out determined to prove to themselves and everybody else that not converting layups was no longer going to be an issue. Five of their first seven baskets came off of layups. That coupled with swarming defense helped the Cards charge out to a 31-14 lead in the first quarter. The entire first half was easily the best half they’d played this season and was the first glimpse of a team that looked like it might truly deserve a Top 10 ranking.