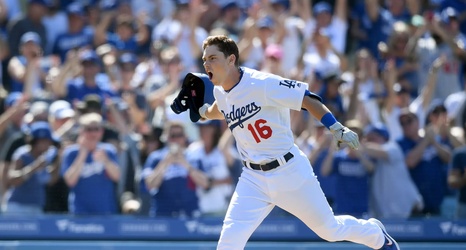 For the first time ever, a product of the Louisville baseball program will be playing in the World Series.

Will Smith, who starred at Kentucky Country Day and Louisville before becoming a first round draft pick of the Los Angeles Dodgers in 2016, is headed to baseball’s biggest stage. The Dodgers secured their spot in the biggest of baseball shows by disposing of the Atlanta Braves, 4-3, in Sunday night’s NLCS Game 7.

Smith played a large part in the victory, tying the game up with a shift-beating, two-run single in the third inning.

Smith has been clutch for Los Angeles throughout the postseason, including in Game 6 of the NLCS when he launched a three-run home run off of Atlanta’s Will Smith.