Louisville football: Remembering one of the best nights of my life 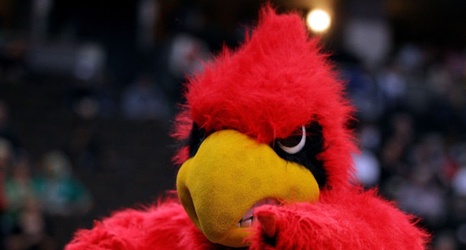 DENVER, CO - MARCH 17: The mascot of the Louisville Cardinals performs prior to taking on the Morehead State Eagles in the second round of the 2011 NCAA men's basketball tournament at Pepsi Center on March 17, 2011 in Denver, Colorado. (Photo by Justin Edmonds/Getty Images)

Prior to the 2002 season, a close friend of mine, Bryan, had just received his Louisville football season tickets package in the mail. I was nineteen at the time, and had just moved into my first apartment (flop house) off Westport Road.