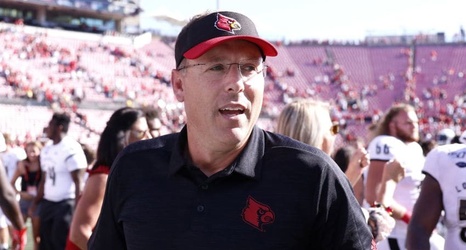 From the day that Scott Satterfield took over as the head coach of the Louisville football program he preached one thing over everything else; culture. Winning the right way was what made him so successful at Appalachian State and clearly it worked in the first season as the Cards won eight games after being picked to finish last in the ACC.