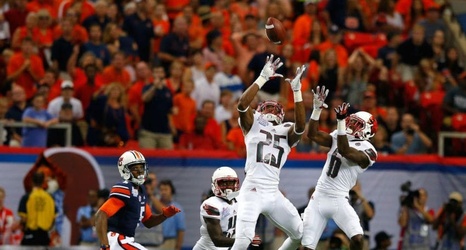 Safety has quietly been one of the best groups for the Louisville football program over the last decade and Scott Satterfield could be closing in on the next star at the position.

When you think of Louisville football and the success they’ve had at certain positions, I can almost guarantee that safety doesn’t come to mind.