Louisville football: Cards trending for familar name in class of 2021 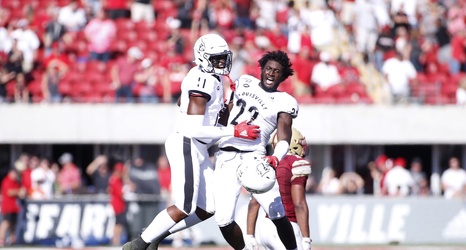 Sometimes recruiting works in mysterious ways. For Louisville football, the recruitment of four-star outside linebacker, Jaraye Williams, has been a story of two worlds colliding.

I think we are all extremely familar with former Louisville basketball star Terrence Williams who was one of the most notorious stars in program history, known for his freak athleticism and dunk ability, playing on some of my favorite teams from 2006-2009.

We are also familar with Cort Dennison, Louisville football’s co-defensive coordinator, who is a former football star at Washington and one of the nation’s top young recruiters.