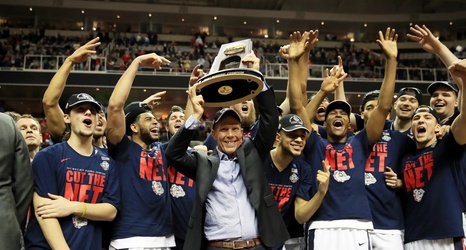 “If he loses this one, they’ll kill him.”

The words were so jarring that they forced everyone in the area to look around for what had prompted them. A small television sitting on top of an out of place stool in the middle of the sporting goods store revealed the source.

Kentucky, the biggest, baddest team in college basketball, was jogging into the locker room leading lowly 16-seed San Jose State by a mere six points at halftime. It was the first game of what would ultimately become one of the most dominant NCAA tournament runs the sport has ever seen.