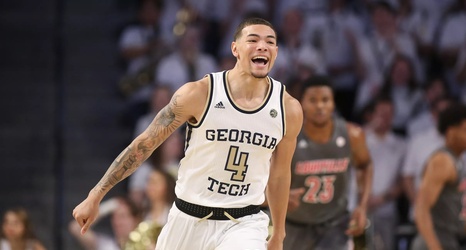 In a game that can only be described as disgusting, Louisville saw its 10-game winning streak come to an end with a 64-58 loss at Georgia Tech Wednesday night. The defeat marked U of L’s first on the road in conference play.

After making at least nine three-pointers in its last five games, the Cardinals were a woeful 3-for-24 from beyond the arc, good for a season-low 12.5 percent. Overall, U of L shot just 33.9 percent from the field.

Perhaps the most frustrating aspect of the performance was the fact that Georgia Tech pulled its first upset of a top five team since 2016 despite not seeming to even play its A game.