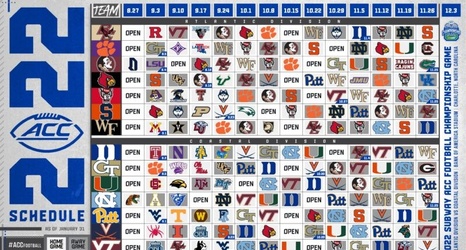 Editor’s Note: While the vast majority of Atlantic Coast Conference football fans welcomed the news that teams will play each other more often, there’s always an exception. This being Ed Peak, a longtime football fanatic, who abhors the change.

I don’t like change. But this is ridiculous. The Atlantic Coast Conference administrators and Athletic Directors voted to change the football schedule to a 3-5-5 setup. I’ll explain.

The University of Louisville will play three common opponents on a yearly basis. Miami, Florida, Virginia and Georgia Tech. The other 10 teams will be played twice during the four-year cycle.