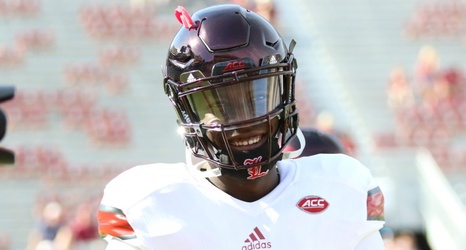 Cardinal fans have much to look forward to as the 2020 football calendar rolls around in the spring.

There is plenty of hype surrounding Louisville’s football program after the Cardinals finished the 2019 season with an 8-5 record. With Coach Scott Satterfield at the helm, the Cardinal’s victory over Mississippi State at the Music City Bowl proves promising things are to come in the 2020 season.

Junior Micale Cunningham was a standout player for the Cardinals in 2019.