After the Buzzer: Pitt 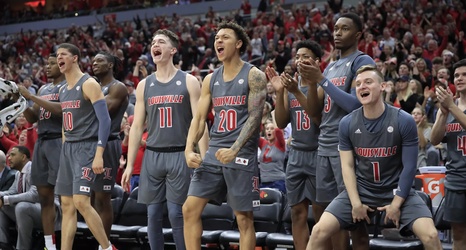 -There was a lot to take away from this game for me. What I will start with is the defense again. The Cards just suffocated Pittsburgh in this one and held them to 46 points. In their previous five games, Pitt was averaging 67 points per game.

-Louisville held Pitt without a point in the last 5:35 of the first half. With 9:16 left in the game, Pittsburgh had 42 points, so they scored only four the rest of the way. Putting those two ends of halves together, that’s four points in 14:51 of game action.