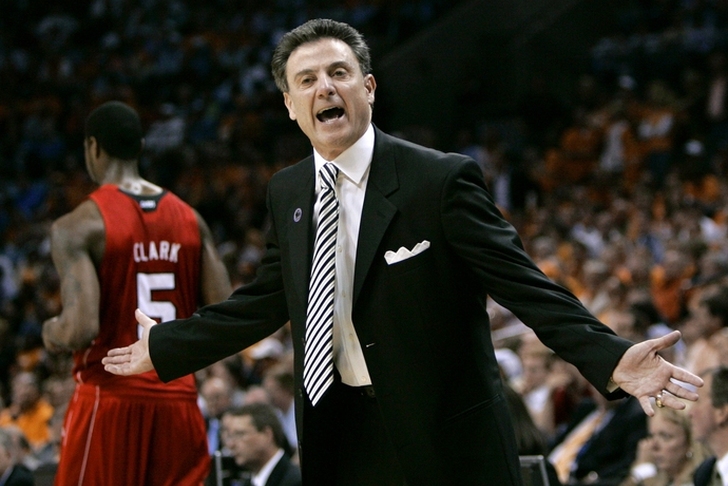 The Louisville Cardinals will announce a self-imposed postseason ban for the 2016 college basketball postseason at a news conference Friday afternoon, per multiple media reports.

Currently sitting at 18-4 overall and 7-2 in the ACC, the Cardinals appeared destined for at the very least a top-four NCAA Tourney seed. That's not to be, as an NCAA investigation into an alleged recruiting scandal at the university has force Louisville's hand.

Cardinals players were informed of the school's decision at a meeting Friday morning. The Louisville Courier-Journal was the first to release information on Louisville's self-imposed ban. More on this story inside the Chat Sports iPhone and Android apps!

The scandal in question originated in a book by Katina Powell -- a former escort -- had published last year. Powell alleges in the book that Andre McGee, a former men's basketball staffer with the program, paid for dancers and escorts to strip for and have sex with both recruits and players at an on-campus dorm.

Powell told ESPN's Outside the Lines that she brought approximately two dozen women to campus from 2010 to 2014, with six of those women having been paid to have sex with Louisville players and recruits. In addition, five former players have said that they attended parties that included strippers whose services were paid for by McGee.

Louisville head coach Rick Pitino has denied knowledge of the parties several times, and even has gone so far as to question the credibility of Powell. He's expected to attend the press conference on Friday.

More news on this breaking story as it develops.