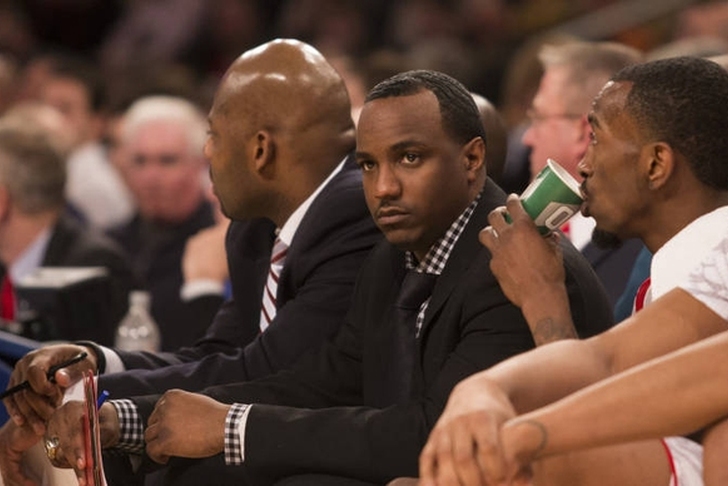 The Louisville Cardinals are investigating sexual allegations involving the basketball team, according to Yahoo Sports.

The allegations stem from a new book, "Breaking Cardinal Rules: Basketball and the Escort Queen" written by an Indianapolis-based journalist and Louisville resident Katina Powell, who describes herself as a madam.

According to Yahoo, the book alleges that former Louisville staff member Andre McGee paid Powell to bring women to entertain current players and recruits. McGee is currently on the staff at Missouri-Kansas City.

Per Yahoo, the book claims: “At the peak of the dormitory and off-campus entertainment more than $10,000 cash changed hands to Katina for supplying the women. This does not include the hundreds of one dollar bills thrown at the dancers at each party by McGee, the recruits and players. Nor does it include the money paid to the women who had sex with the recruits afterward. So frequent were the escapades that Katina would later say, especially after the Cardinals won the 2012-2013 NCAA championship: I felt like I was part of the recruitment team. A lot of them players went to Louisville because of me.”

The book doesn't make any allegations that head coach Rick Pitino knew of the activities. If Louisville's investigation finds that Powell's claims of players receiving impermissible benefits are true, Louisville's 2013 championship could be in jeopardy.