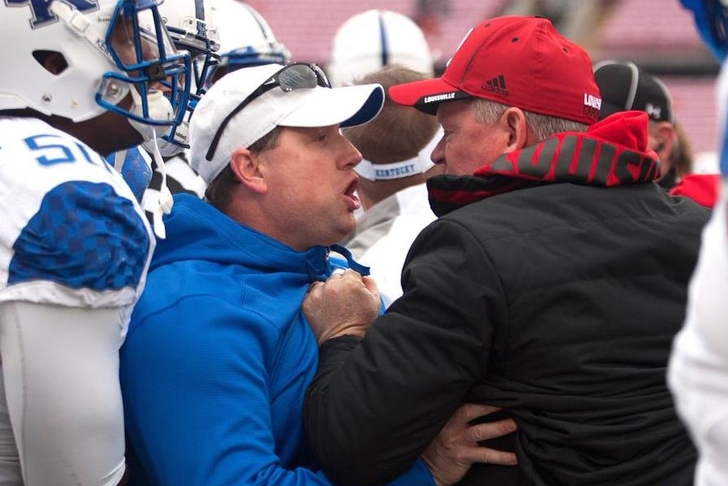 It's no surprise to see two rival teams get into a pregame scuffle at midfield before a big matchup, but coaches?

Louisville head man Bobby Petrino and Kentucky assistant Dan Berezowitz were involved in a fight prior to kickoff between the Wildcats and the Cardinals, and had to be separated.