Syracuse's Advice To Louisville On Joining ACC? Have Thick Skin 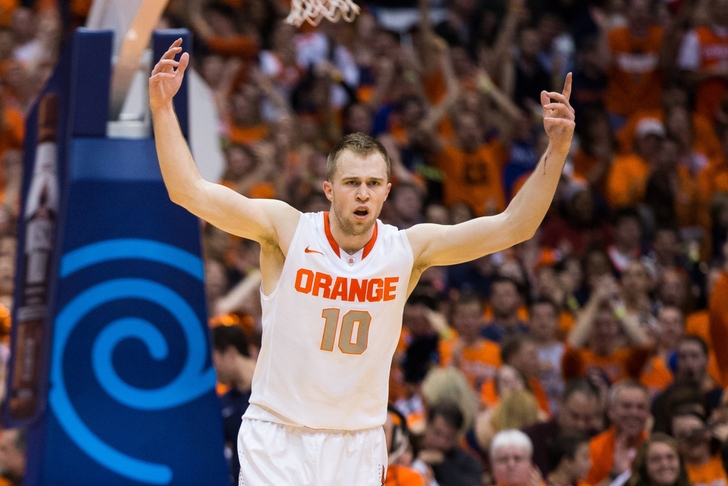 Louisville followed the footsteps of Syracuse, Pittsburgh, and Notre Dame this season by joining the ACC, and those teams have some warnings for the Cardinals as they being their first basketball season in the conference.

The crowds are louder, and a whole lot nastier.

"When you're in the Big East, you go on the road a lot of times you're playing in a big city and the schools are smaller," said Syracuse guard Trevor Cooney, noting how a lot of the teams would play games in NBA arenas. "In the ACC you're dealing with bigger schools and campus venues. A lot of times you have more students at the games. Students are a big part of college basketball and they're at the ACC games. In the ACC you're playing in tougher venues."

Cooney said that those stadiums are tougher because there's more of "all those nice things" students yell at players. His teammate, Rakeem Christmas, noted that ACC fans also like to start the game a few days early, going after opposing players on social media.

Bottom line: Louisville better have some mentally strong players to have success this year.