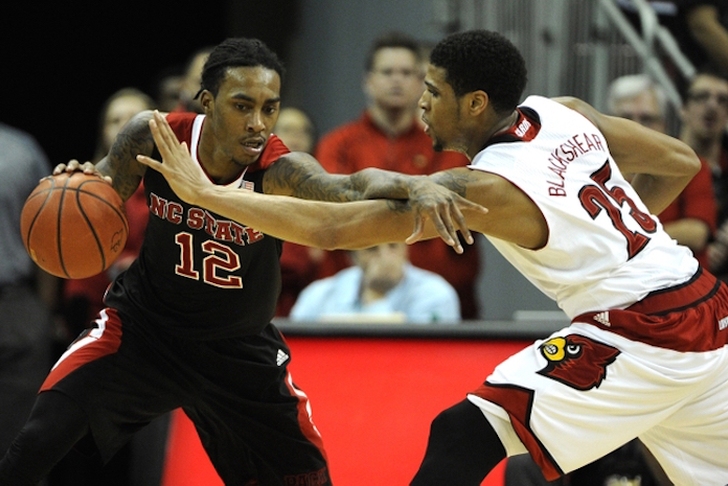 Louisville narrowly avoided an upset against UC Irvine in their first game of the tournament, and then took care of business against Northern Iowa to advance to the Sweet 16.

On the flip side, NC State pulled off a dramatic last minute comeback to beat LSU, and then were the first team to knock off a one-seed by upsetting Villanova.

Wolfpack point guard Anthony “Cat” Barber is one of the fastest players in the country, and his ability to get out in transition and beat defenders off the dribble is key to NC State’s success. He shredded Louisville's press in their first matchup of the year - with NC State won - and if he can do that again, the Wolfpack might pull off another upset.

Harrell is the emotional leader for this Louisville team, and his intensity sets the tone for everyone else. He’s a force around the rim that grabs every rebound that comes anywhere near him, and his shot-blocking ability has to be accounted for every time the opposition attacks the basket.

NC State's big men have been inconsistent, but they do have the physicality to give Harrell a hard time down low. If he can shake that off and play like his usual self, Louisville will win.

NC State won the lone conference matchup between these two teams this year, and while they’ve had an amazing run to get to this point, Louisville’s defense will be too much for them. The Cardinals have received a spark with the amazing play of shooting guard Terry Rozier, and he’ll carry Louisville’s offense to the finish line.