Louisville Interviewed Bobby Petrino, Could Be Headed for a Reunion 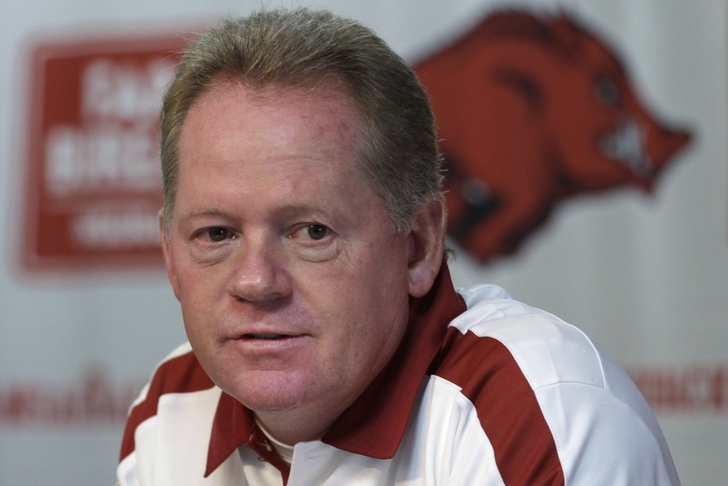 Louisville has reportedly interviewed Bobby Petrino for their vacant head coaching position. The legendary head coach is currently at Western Kentucky, where he's been since a dismissal from the University of Arkansas that followed an "inappropriate" relationship with a female employee.

Petrino has a record of 83-30 for his college career. Western Kentucky went 8-4 under Petrino this season with a win over rival Kentucky, but were not invited to a bowl game.