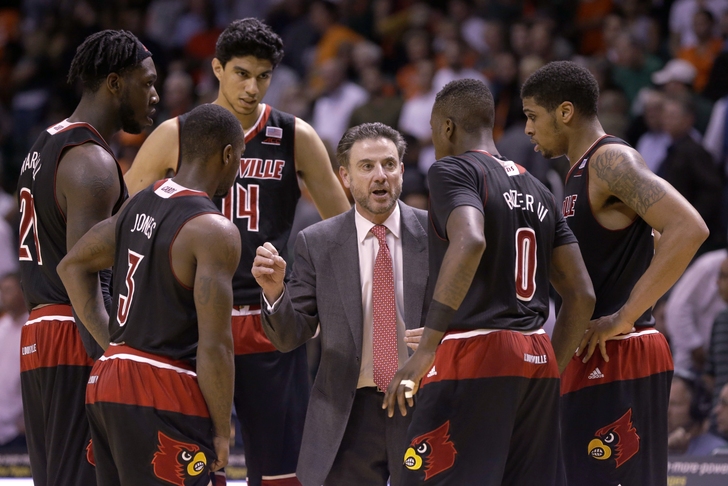 The Louisville Cardinals have had a remarkable first season in the ACC, and they're hoping to advance further than last year's Sweet 16 performance. Harrell is the emotional leader for this Louisville team, and his intensity sets the tone for everyone else. He's a force around the rim that grabs every rebound that comes anywhere near him, and his shot-blocking ability has to be accounted for every time the opposition attacks the basket. However, Harrell's earth-shattering dunks are his best asset, and he can often change the momentum of a game by throwing one down.

Head coach Rick Pitino's patented pressure forces a lot of turnovers, as they rank 17th in the country in steals per game. Harrell and Onuaku also deter teams from attacking the rim, helping the Cardinals rank in the top 20 in the country in blocks (5.5 per game). Their perimeter pressure and shot blocking ability hold the opposition to just 59.5 points per game, giving them a chance to win every game they're in.

Louisville dismissed starting point guard Chris Jones last month after rape allegations emerged against him, and the Cardinals offense has suffered because of it. Only Rozier, Harrell, and Blackshear average over 3.3 points per game, making Louisville much easier to guard because the defense only has to worry about those three.

Louisville's defense should carry them to the Sweet 16, but their offense won't let them go much farther than that.

Follow our Louisville Cardinals team page for all the latest Louisville news and rumors!