Ricciardo Wins At Monza After Brutal Accident By Verstappen And Hamilton 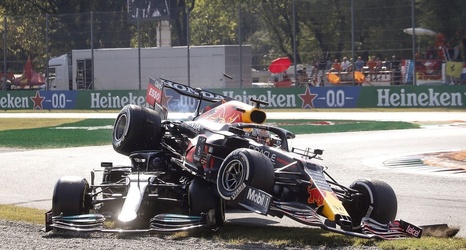 The F-1 World Championship reaches its very hot final stretch, with Verstappen and Hamilton declaring war after finishing the Italian GP early. Both staged an impressive crash , from which they were fortunately unharmed (although with the Dutch sanctioned), and which favored Daniel Ricciardo’s first triumph with McLaren and the eighth of his sports career. The Australian had not won a race since the 2018 Monaco GP.

With the leaders out of combat, the battle for the victory in Monza was hectic, but the McLaren maintained the initiative despite the harassment of Sergio Pérez and Valtteri Bottas , the protagonist of a great comeback, which took him to the podium after the Mexican was sanctioned with 5 seconds.