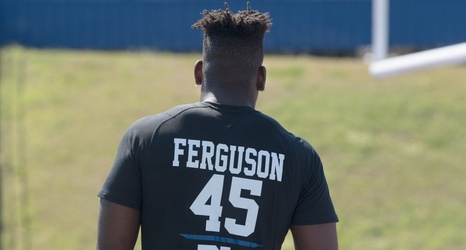 Jaylon Ferguson trained his entire life for the journey he is about to embark on. Thursday, April 25 was supposed to be the start of a life-changing weekend for Ferguson. Instead, it not only altered the life of Ferguson, but the whole town of Ruston.

At 1:50 a.m. on the Thursday Ferguson was expected to get drafted, an EF3 tornado struck the city of Ruston totalling millions of dollars in destruction.

As the tornado hit, Ferguson said he was in bed when he started to hear the city’s emergency sirens. This was not the first natural disaster he’s had to deal with so he said he knew what to do when he heard them.