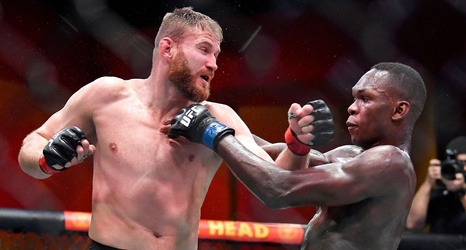 Adesanya, who has been the UFC middleweight champion since October 2019, was attempting to become just the fifth fighter in UFC history to hold titles in two divisions simultaneously. The others were Conor McGregor, Daniel Cormier, Henry Cejudo and Amanda Nunes, who still holds a pair.

Blachowicz (28-8), 38, won the vacant light heavyweight title with a second-round TKO over Dominick Reyes at UFC 253, the same card Adesanya headlined against Costa.