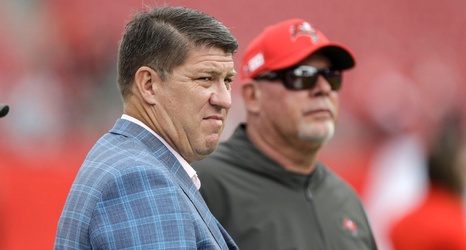 TAMPA, Fla. -- When I was about 5 years old and started to show an interest in football, I asked my dad, "Are the Tampa Bay Buccaneers a real football team? Like a real one?" That was when Bucco Bruce and Creamsicle jerseys weren't the cherished heirlooms and retro fads they are today. They were, instead, a painful reminder of an embarrassingly awful Tampa Bay football team.

Sure, there were a few very good years in the late 1990s leading up to the Super Bowl XXXVII victory following the 2002 season. But a slew of salary-cap issues, bad drafting and age caught up to the Bucs, which culminated in the epic collapse of 2008, followed by failed rebuild after failed rebuild.