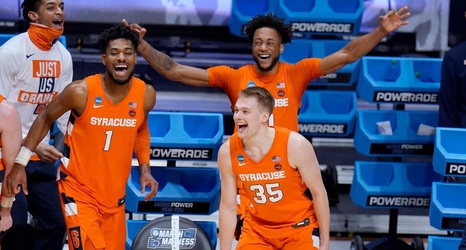 Jim Boeheim and his Syracuse Orange are going to the Sweet 16.

Boeheim had six of the Orange's 14 3-pointers.

The game featured two of the winningest coaches in Division I history. It was Boeheim's 982nd career win, 82 more than the Mountaineers' Bob Huggins.