A quarterback buyer's market? Why this NFL offseason is rare 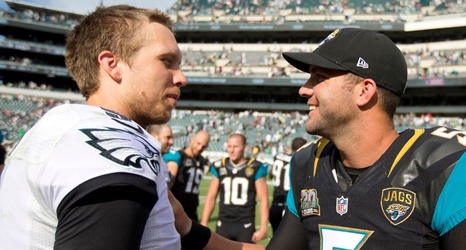 Wednesday was a good day for Joe Flacco and not a great one for Nick Foles.

The Baltimore Ravens' agreement to trade Flacco to the Denver Broncos for a midround draft pick was well-timed for the 11-year veteran, who sources say had been hoping the Ravens would trade or cut him well in advance of the start of the league year. Baltimore was finished with Flacco, having already moved on to 2018 first-round pick Lamar Jackson at quarterback. While Ravens coach John Harbaugh insisted "Joe's going to have a market" in his postgame news conference following the team's playoff loss to the Chargers, the fact is that market is a little bit narrower this year than it normally would be.