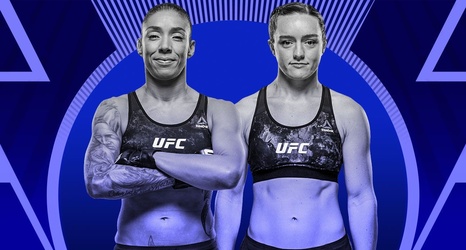 Aspen Ladd was hiking with her dogs in the California wilderness when her manager tried to inform her she'd be headlining a UFC event for the first time.

The 24-year-old bantamweight is known for frequently losing herself on 12-mile hikes -- with "the pack," as she calls her collection of canines -- usually in areas where cell service isn't available. She knew something was up at the end of that particular hike when she opened her phone to multiple missed calls and texts.

"That's probably the biggest news I've ever missed while on a hike," Ladd told ESPN.