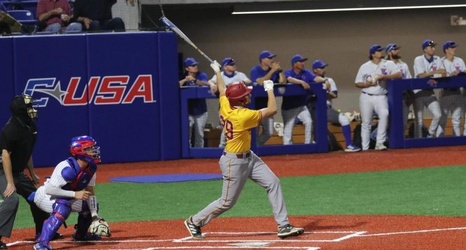 RUSTON, La. — ULM (10-9) took a short trip to Ruston last Tuesday to take on in-state rival Louisiana Tech (16-6). This matchup looked set to be a good one as ULM was fired up after having just beat #9 ranked Oklahoma State. They now had the chance to take down another ranked opponent in #21 Louisiana Tech. Tech took the win earlier in the season 3-10.

“We just had to realize it was another faceless opponent,” said Warhawks right fielder Trace Henry. The game would not play out in favor of the Warhawks, as the Bulldogs took the 9-7 win.

See full article at The Hawkeye