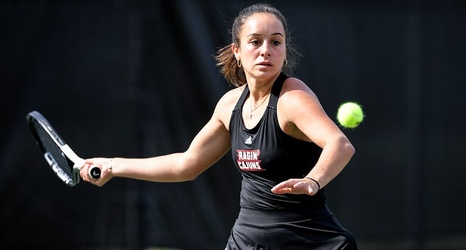 LAFAYETTE – Louisiana Women's Tennis extended its home winning streak to five matches after it picked up an impressive 4-0 victory over Texas State on Saturday morning.

As it did in its other four home matches, Louisiana got off to a quick start by securing the doubles point. Lucie Raquin and Dana Radovanovic cruised to a 6-0 victory on Court 3, allowing Isabella Kierkegaard and Christina Jordan to clinch the point with a 6-1 win over Chacadya Israel-Lewis and Nikita Pradeep.