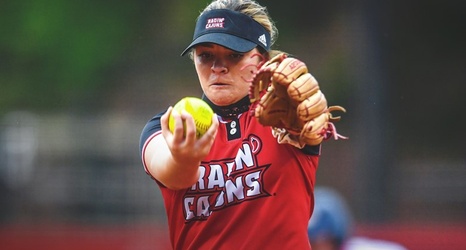 HUNTSVILLE, Texas – A season-high strikeout performance from Summer Ellyson and a pair timely run-producing hits led No. 14 Louisiana Ragin' Cajuns Softball to an 8-3 win over Sam Houston on Tuesday that extended the team's season-best winning streak to 13 games.

Ellyson recorded a strikeout in every inning on the way to posting 13 in the contest which marked her first double-digit effort of the season and highest tally since the 2019 NCAA Oxford Regional opening game.

Justice Milz ended a scoreless duel in the third inning by powering a three-run home run in her second opportunity of the game with a pair of runners on base.