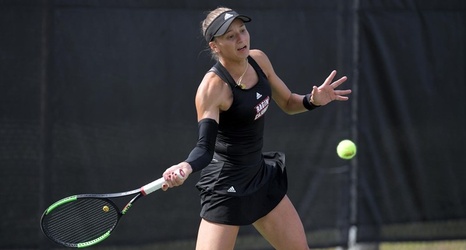 Louisiana (7-5, 3-2 Sun Belt) had an electric start to the match by claiming the doubles point. and Clara Mantuax proved why they are one of the best doubles pairs in the conference, extending their record together to 6-1.

and helped as well, claiming a 6-2 win on the day.

UTA (14-3, 7-0 Sun Belt) picked up its seventh conference win on the season by taking four singles matches from Louisiana.