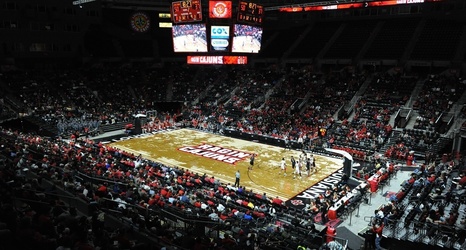 Fulks spent the 2021-22 season at Dodge City Community College where he led the Conquistadores to the Eight Eight of the NJCAA National Tournament following a 31-4 regular season record.

The guard received NJCAA Second Team All-American honors after averaging 17.1 points, 5.4 rebounds, 3.6 rebounds and 1.5 steals. Fulks is an extremely efficient scorer shooting 55.4 percent overall and 41.5 percent from beyond the arc.

"Themus is a point guard who sets up others and can score the ball as well," head coach Bob Marlin said.