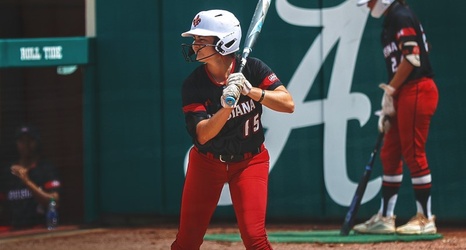 TUSCALOOSA, Ala. – A big first inning was just enough for No. 5 Alabama to hold off a late surge from No. 13 Louisiana Ragin' Cajuns Softball and capture a 5-3 win on Saturday in the opening game of a two-game series between the two nationally ranked teams at Rhoads Stadium.

The Crimson Tide's early head start in the contest was a four-spot in its first at bat capped off by a three-run home run from Lexi Kilfoyl.

Summer Ellyson regained her composure quickly, closing out the first inning with back-to-back strikeouts to begin a stretch where she would retire 11 of the next 12 batters faced to keep Louisiana (35-8) in the contest.