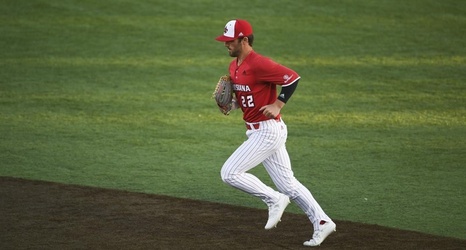 LAFAYETTE – After breaking a school record and collecting multiple multi-hit games last week, Carson Roccaforte has been named the Sun Belt Player of the Week, the league office announced on Tuesday morning.

Roccaforte etched his name into the Louisiana record book this past week by becoming the first player in school history to swipe five bases in a single game. The freshman also hit .471 in four games, collecting two-straight four-hit games against Coastal Carolina and ULM.

Not only did he break the school record for single game stolen bases, he even scored five runs on the week.