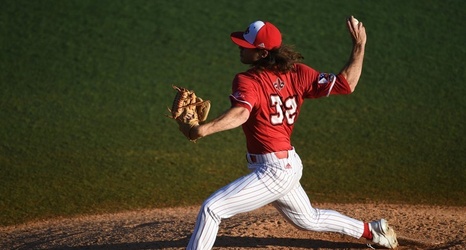 LAFAYETTE - After a dominant performance on the mound against Coastal Carolina last Friday night, Spencer Arrighetti has earned Sun Belt Pitcher of the Week honors, the league office announced on Tuesday morning.

Arrighetti was impressive in the victory, twirling 7.1 innings of one-run baseball against the Chanticleers in his start. The Katy, Texas, native improved his record to 4-1-1 on the year and was pitching a shutout until he exited with runners on first and second in the top of the eighth inning.

He fanned a season-high 11 Chanticleers while only allowing three hits.