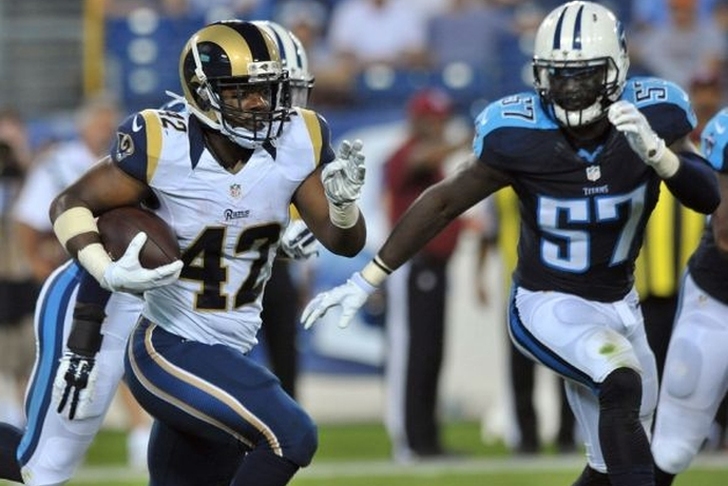 In a blockbuster trade, the Los Angeles Rams have acquired the No. 1 overall pick in the 2016 NFL Draft from the Tennessee Titans.

Tennessee gets the 15th overall pick in return, along with two second-round picks (43, 45 overall) and a third-rounder (76) in 2016. The Titans will also receive LA's first-round pick and third-round pick in the 2017 draft.

The Titans had expressed a willingness to move out of the top spot since they drafted their franchise quarterback last year in Marcus Mariota, and now have six picks in the top 76 in the draft.

“Being able to acquire six players in the top 76 this year, along with next year when you factor that into it — I am assuming five in the top three rounds — that is 11 players that we can add to this football team that should not only increase our depth, but give us good quality players at all those positions,’’ Titans general manager Jon Robinson said.

“In the end we thought it was a decision that was best for this football team. It made sense for us to do it, and that’s why we moved on it. We talked to several teams about the pick. There was interest in the pick, and in the end we thought this was the option that made the most sense for us...We think we can really bolster this roster with the picks that we now have.”

The Rams are expected to compete for the playoffs in their first season in Los Angeles, but have a big need at the quarterback position. According to the Los Angeles Times' Sam Farmer, the Rams plan to take North Dakota State QB Carson Wentz with the pick:

So, as @Bachelors_III wryly points out, the NFL in LA goes to Carson after all. Rams are targeting Carson Wentz.

It's the first time that the top pick has been traded since 2004.