Will Rams add a veteran QB to practice squad? 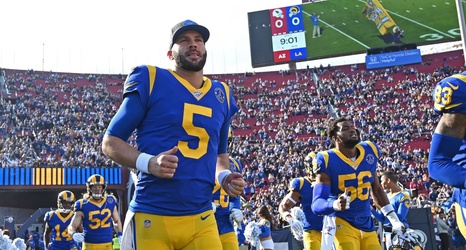 Under the new practice squad rules, teams can add up to six players who have any amount of service time and several clubs have opted to use a spot on a veteran quarterback or a notable quarterback who would have never made it to a practice squad prior to this year.